Why You Need to Do Something about Crawl Space Pests Today

Crawl spaces make ideal living quarters for unwanted house guests, especially because these spaces are not often accessed. This means that pests can live and proliferate undisturbed, but not without affecting your house and even your health. Pests like insects, mice, rats, snakes and other small animals love the dark, undisturbed, high-humidity conditions of most crawl spaces. This article discusses the dangers of having pests in your crawl space and other parts of your house.

For termites, drier climatic conditions have affected their regular breeding grounds (often near large swamps) which means they need new areas to infest. The humid conditions in crawl spaces and the rotting wood as a result can be very welcoming for these pests. Termite colonies can actually live in your house for years, causing severe structural damage to wooden and even concrete structures before detection.

Queen ants can move into your house and form colonies that are difficult to source/get rid of, damaging structural components and infiltrating your food stores among other ills. There are different ant species and not all can be dealt with the same way. For instance, spraying brown pharaoh ants with pesticide actually increases their numbers. In the confusion after spraying, ants that may be separated from their colony will end up starting new colonies in other parts of the house.

Rats and mice are very difficult to get rid of, since they reproduce often and have large litters at a time. As they move through the house, they leave a scent that lets other mice and rats know that they are in a safe space, which attracts even more of them into your house. Rats and mice can be very destructive, chewing into wood, clothes, furniture, food and other household items. What's more, they are carriers for dangerous worms, bacteria and viruses which can bring disease to you and your family.

Crickets and beetles may not be risky for your health, but they do eat through wood in the home's structure which can be risky in the longer term. In addition, cricket noises can be a major pain when you're trying to sleep. Wasp and hornet nests and spider webs are also common in uninhabited parts of the house, and they can sting you with disastrous consequences, e.g. if you have sting allergies or you're bitten by highly poisonous spiders. In addition, as most of these pests make home in your house, living, reproducing and dying, they create waste that will begin to stink, and the stench will move to other parts of your house. 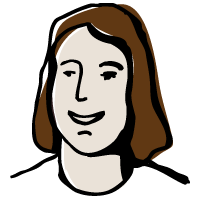 Hello, my name is Robin and I own a number of industrial and commercial units in Brisbane, Australia. Last year, the deputy manager came to me and complained that staff morale was very low. I asked him what was wrong and he said that the workspaces were very messy. I tried to explain that of course, they would be messy, but he asked me to see for myself. Frankly, I was appalled at the condition on the shop and factory floor. I contacted a cleaning service the next day and they did an expert job. This blog is designed to offer tips and advice to others.